Give BSE Award
Add to Favorites0

Dairy Farmer With The Cheesiest Jokes

Hi, I'm Andrew and I've been writing advertisements for a very long time, including headlines.

I write headlines that get more attention then the most bedazzled horse saddle west of the Mississippi River and I would appreciate if you gave me the opportunity to write your headline.

0/ 0
Check out Extras
Sort by:
0Reviews
There's no ratings yet. Be the first! 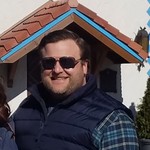 <p>One day, a man was lost in a desert without water, but he saw an old makeshift structure. He knew he couldn’t make it much longer, so he got to the covering as fast as his worn-out legs could carry him. To his surprise, inside he found a jar of pure looking water. This jar was on the floor next to a pump.</p><p><br></p><blockquote><span class="ql-size-small">As he reached down to pick up the jar of water, though, he noticed a sign.</span></blockquote><p><br></p><p>Filled with relief, he walked over to the jar to quench his overbearing thirst. As he reached down to pick up the jar of water, though, he noticed a sign. The sign read, “Use this water to prime the pump. When you have gotten as much water as you need, refill the jar, and leave it for the next person who will pass this way.”&nbsp;</p><p><br></p><p>This man suddenly found himself on the horns of a dilemma because he was so thirsty that he was close to dehydration. What if he followed the directions on the sign and there was no water in the well? What if he poured out all of the water he now held in his hand and got nothing in return? Was that worth the risk to even try? The man had to make a decision to either fill himself now, or pour out what he had and take the chance that deep down there was so much more. The man made the choice to prime the pump.</p><p><br></p><p>It was a good choice because the water flowed freely. He drank to his delight and collected enough water to take him on his journey. Before he left, he filled the jar and placed it next to the note. Under the words of the note, he wrote, “Trust me. It works!”</p><p><br></p><p>Hi, I'm Andrew. I write award winning headlines. I've been doing this stuff for 17 years. </p>

Your Gratification is guaranteed and your prospects, equally secured. If you are not 100% satisfied, keep the headline and I'll return your money.

make extra from your traffic

Keep 80% of sales from people you send to your
store.

If it exists, we have it

Not a Member? Register Now!

Not a Member? Register Now!

Score! You Are Registered

Here's how to have the best buying experience and hire only awesome freelancers with Funnel Rolodex!

Funnel Rolodex is full of amazing, high quality, responsive sellers with thousands of delivered orders. Here's how to make sure you only hire the best one's and always have a good experience.

Find sellers by their overall star rating and thumbs up

If a freelancer fails to deliver the work in the guaranteed time you will be auto refunded. Also if they do not deliver as advertised our support team can trigger a refund at any time.

How To Avoid High Risk Sellers

At Funnel Rolodex 1 in 100 orders receives a bad review and our quality assurance team actively bans bad sellers based on service quality with terminator-like-effectiveness. A bad seller will get through the cracks from time to time though, here's how to avoid them

Actively read a sellers good and bad reviews to see what to expect when working with them.

We have thousands of amazing sellers, all sellers are not created equal though. If you are unsure about a seller do your research!

Here's How To Sell, Promote and Make Monkey With Funnel Rolodex

Funnel Rolodex is the first online free lancer market that makes you more money than selling from your own website...Here's why

If you send a customer to your store and they buy a $20 product you keep $19. Then if they buy a $100 product from another vendor you make an additional $20. You also make 20% of whatever else they buy and 95% of your own sales as long as your cookie is active!

AKA : Funnel Rolodex helps you bring home the BACON!

Here's How It Works

And Then Keep Calm and Funnel Rolodex On!